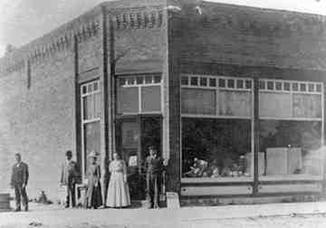 From the "Moran Herald" there was some interesting information.
Probably from 1922 was the information that the mayor of Moran was
Dr. L. I. Simpson, with council members O.K. Rumble, Neme Gilliam,
J. E. Weast, S. L. Daniels, and Fred Swisher; F. E. Knapp was treasurer,
W. F. Young, clerk, and B. F. Shouse, police judge.  Allen county officers
included George Seymour, Clerk; Ed P. Sutherland, sheriff and Roy Foster,
clerk of court; J. W. Smith, probate judge; Annie E. Means, treasurer;
Mrs. Lena Brown, register of deeds; Florence H. Howard, superintendent
of public instruction, and Alex R. Stroup, engineer.  The Missouri Pacific
railroad passed traveling west at 12:45 p.m., and east at 3:37 p.m.; while the M.K.&T. traveled west at 12:20 a.m., 1:50 p.m., 7:15 p.m., and east at 4:50 a.m., 9:50 a.m., and 9:15 p.m.  The Iola Branch travelled to Iola at 10:30 a.m. and returned at 5 p.m. for those who wanted to make it a daylong event.
The town Methodists were led by Rev. F. C. Sutton, the Presbyterians by Rev. Vernon Miller, and the Christians by Rev. W. S. Hood.  What did it cost to make a phone call?  LeRoy 35¢; Neosho Falls 30¢; Blue Mound 25¢; Colony 25¢; Topeka 85¢; Chanute 30¢; LaHarpe 10¢; Bronson 5¢; Iola 25¢; Kansas City, Mo. 90¢.  The cost to mail a parcel post package?  In the first and second zones 1¢ a pound plus 4¢; and clear out to the eighth zone only 12¢ a pound.  The Moran Bakery offered homemade bread "Made the Home-Made Way" as well as pies, cakes, cookies, candies, cigars, and tobaccos.  Steve Fry the proprietor could be reached by phoning number 8.  Varner's Cafe offered meals and short orders, candy cigars, tobaccos, and home made pastries daily.  Offering "Hardware That Stands Hardwear" was Anderson & Walrad, and they sold just about everything.  Varner's had competition from Rapp's Cafe with meals and hot lunch at all hours, steam cooked, and "Clean Sanitary Rooms in Connection."
The Central Meat Market had fresh and cured meats, fish and oysters in season, lard, and lard compounds; P. B. Smith and Sons., and Cline and Dow were the Ford dealers authorized for sales and service.  Moran Cleaning & Tailoring Co., under proprietor Ray D. Harr promised "We Give You Fits . . .We will clean, we will press, we will even dye for you."  After all that, when you decided to go to the theater in 1922, you could attend Brinkley's Theatre where they were "Showing The Better Class Motion Picture Plays" and they had "Stage Facilities Accommodating The Best Road Shows in This Section."  Then there was North's Drug Store offering drugs, stationery, school supplies as well as wall paper, jewelry, and phonographs.  T. H. McLaughlin had the gas station, L. O. Smith mercantile stores in both Moran and Savonburg (a regular chain), and Chas Hughes the Moran Vulcanizing Plant.
In the fall of 1938, Moran celebrated a fall festivity with the Kafir Korn Carnival.  The biggest attraction was the big street dance and a crowd came to meet friends and join in the merriment.  This celebration was held approximately three consecutive years, then canceled during World War II. It was resumed again in 1946 with a big dance in the quonset hut.  The streets were decorated with corn, milo, and shocks of corn.  The festivity became known as Moran Day.  The Jones Hardy American Legion Post and the Commercial Club co-hosted the event through the 1970s.  Above text from Moran Mirror, Wednesday, October 7, 1970.
In 1877 Dr. Henry M. Strong was the Good Samaritan to any sick neighbor, refusing to accept any remuneration for medical services. In the fall of 1882 J. E. Jewell, MD, located in Moran. In the spring of 1884 Dr. G. B. Lambeth located here also. As the town grew the school building was found to be inadequate, so in 1884 a larger school was built. In 1893 the need of a high school was so pressing that the proper steps were taken and three years of study were added to the work of the grade school. Mrs. Gertrude Barton was the first graduate of the High School. In 1887 the MKT built a road that gave direct communication with Kansas City and Parsons. This was a distinct advantage to the town as it greatly increased the shipping facilities for stock raisers. 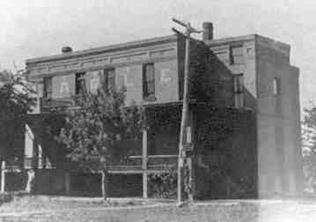 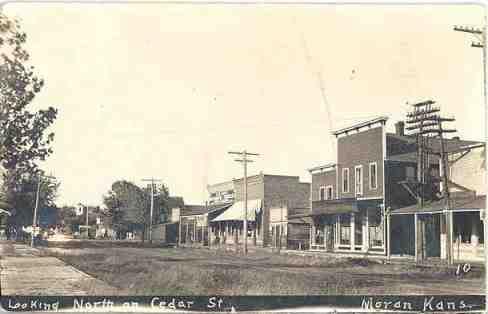 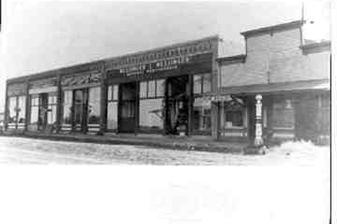 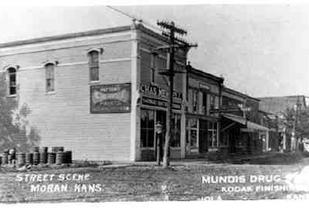 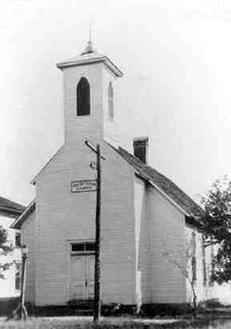 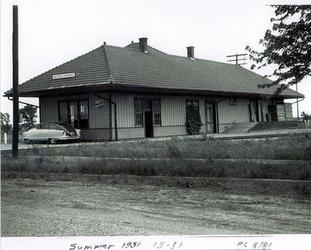